KALISPELL – Authorities report that they have identified human remains found near Rose Crossing in April.

Flathead County Sheriff Brian Heino says the remains have been positively identified as those of Corey Michael Flanningan who was reported missing from the Spokane area on May 2, 2017.

Sheriff Heino says after Flannigan’s vehicle was found crashed near Rose Crossing, a search was launched but Flannigan was not found at the time. 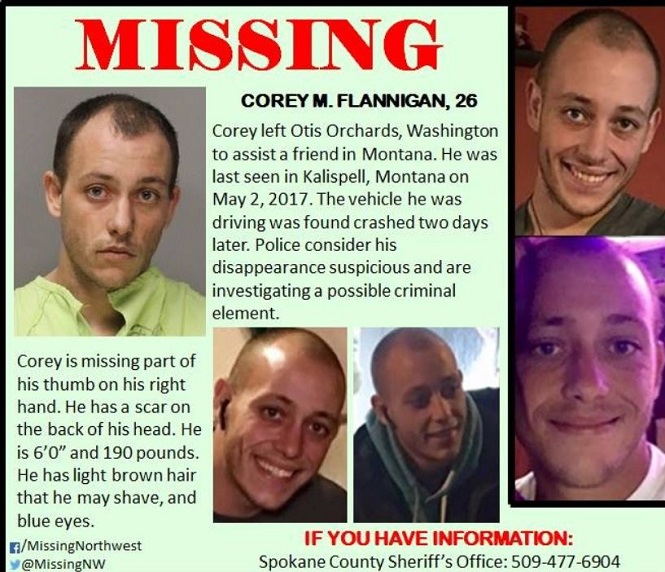