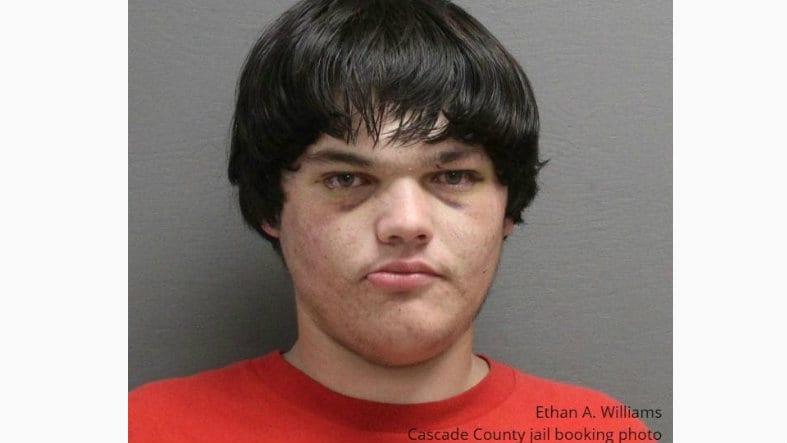 GREAT FALLS – Ethan Alan Williams, 18 years old, has been charged with three felonies and several misdemeanors after he reportedly stole a vehicle and crashed it in Great Falls on Tuesday.

The vehicle – a 2004 Honda Pilot – was reported stolen early Tuesday. At about 1:30 p.m., a U.S. Marshal saw the vehicle on 7th Avenue South near 13th Street; inside were a driver – later identified as Williams – and two passengers. Williams had parked in a parking area of the Great Falls Housing Authority.

Police officers arrived and tried to block the vehicle in, but Williams backed toward an officer at a high rate of speed, according to court documents, and then drove away through the residential area, nearly colliding with a parked car.

The court documents say that as the vehicle sped away, a female passenger tried to get out, but was not able to because of William’s driving. As police followed, Williams nearly struck a pedestrian near the intersection of 8th Avenue South and 16th Street.

Eventually, Williams lost control of the Pilot and crashed into a tree and fence, and then tried to run away. He was quickly found hiding near a tree and arrested.

At the time of the arrest, Williams was out on $75,000 bond for a similar incident involving a stolen car and a police chase.

Prosecutors requested that bond for Williams in this case be set at $150,000 due to the “extreme risk” to the community he presents.