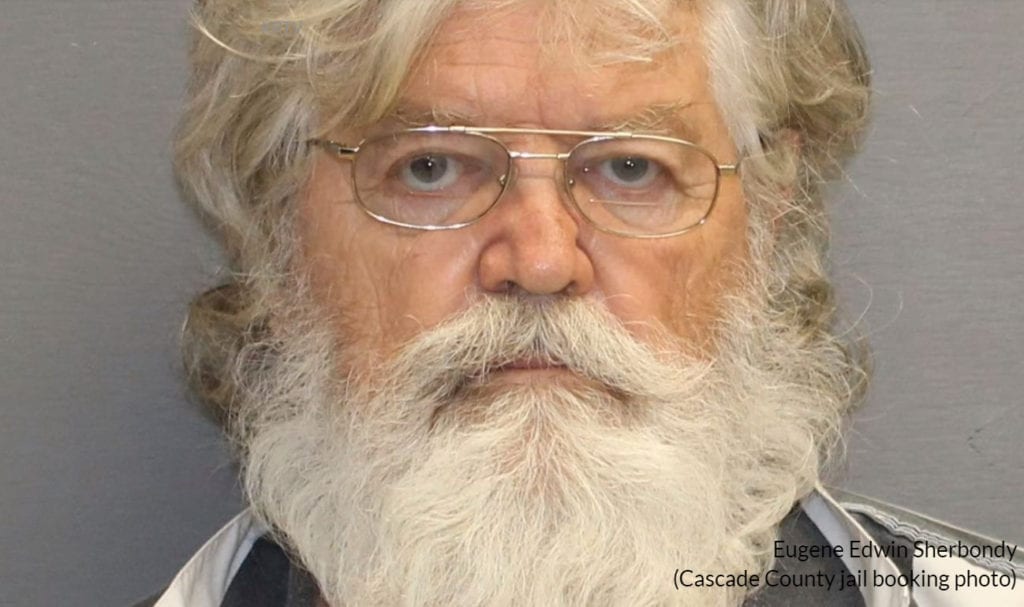 Eugene Edwin Sherbondy, who was recently charged with trafficking of persons and sexual abuse of children, faces an additional felony charge for aggravated promotion of prostitution.

Court documents state that a Great Falls police detective interviewed a woman who met Sherbondy when she was 17 and was involved in a sexual relationship with him from that point on over the next 20 years.

The woman reported that when she turned 21, Sherbondy encouraged her to have sex with others for money to benefit Sherbondy financially, according to court documents.

The woman said she acted as a prostitute on his behalf for the next 20 years.

Court documents state Sherbondy would receive money, food, housing, and drugs in return for the woman engaging in sexual services with other people.

The detective uncovered supporting evidence and spoke with people who confirm the woman’s report.

(December 6, 2018) Eugene Edwin Sherbondy and Corena Marie Mountainchief have been charged in Great Falls with trafficking of persons and sexual abuse of children.

The child said that she also remembered that Sherbondy and Mountainchief had injected her with a drug with a needle in her arm.

The child had seen a photo of Sherbondy in a July news segment and recognized him as the person who had sexually abused her.

Sherbondy is charged with three felonies: trafficking of persons; sexual intercourse without consent; and sexual abuse of children.

Mountainchief is charged with two felonies: trafficking of persons, and sexual abuse of children. Bond for each was set at $250,000.