Prosecutors: Worden man arrested for hitting mother in face with box of wine

BILLINGS – A 25-year-old man has been placed in police custody for suspicion of assault, a misdemeanor, after witnesses say he stuck his mother in the face with a box of wine.

On Thursday, Yellowstone County sheriff’s deputies responded to an altercation at the 2400 block of Second Street in Worden. 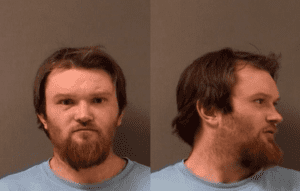 A male told deputies that his brother, Chance Schlesselman, was drunk at their family home and hit his mother in the face several times.

Schlesselman fled from the house and was later apprehended by deputies at the Darkhorse Saloon in Worden as he was running out of the back gate.

According to court officials, Schlesselman was scheduled to appear before a judge in Yellowstone County Justice Court Friday.