The United States Marshals Service District of Montana has issued a BOLO Alert (Be on the Lookout) for Jonathan Westerfield.

Westerfield, 32, is wanted by the Montana Violent Offender Task Force on a felony warrant for a probation violation following a conviction for failure to register as a sex offender.

According to state prison records, Westerfield was convicted in 2015 in Missoula COunty of failure to register as a sex offender and sentenced to state custody for four years.

Anyone with information about Westerfield is asked to call the U.S. Marshals Service at 406-247-7030 or your local law enforcement agency. 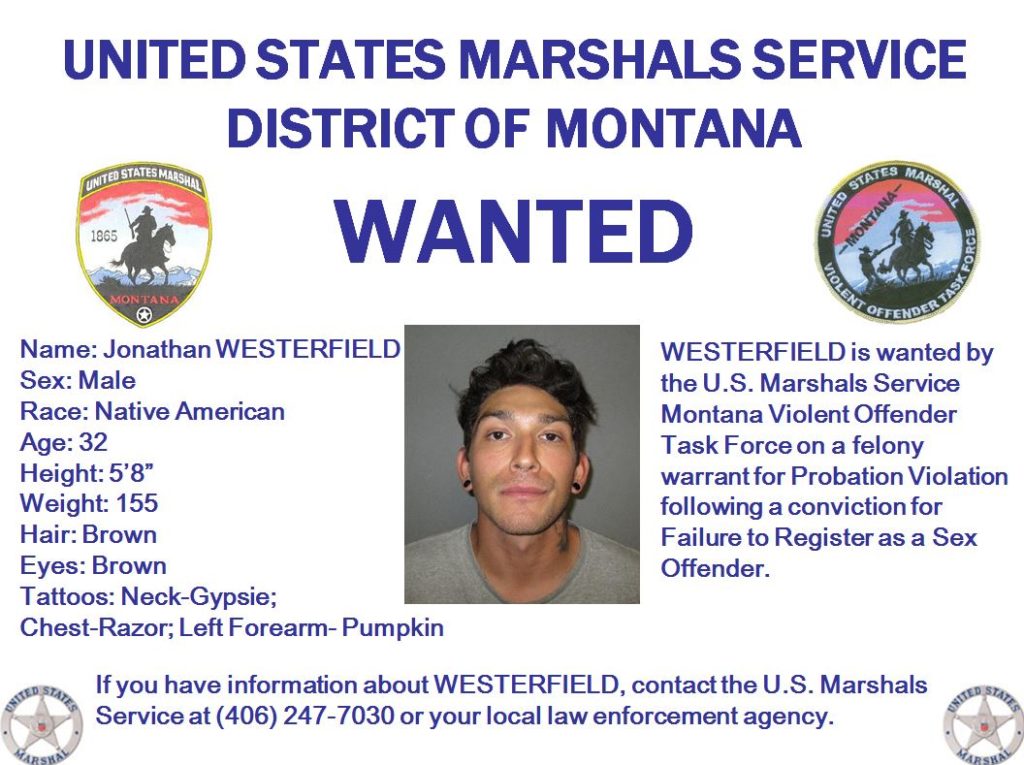