MT’s U.S. Senate candidates getting 3/4 of money from outside MT; House, not as much

HELENA – As Montana’s U.S. Senate race remains in the national spotlight, the two major candidates have been raising money on a national scale as well, getting most of their money from beyond state borders.

As of two weeks ago, Democratic U.S. Sen. Jon Tester had raised a whopping $19.4 million for his campaign, compared to about $4.8 million for Republican challenger Matt Rosendale.

Each candidate is getting about three-fourths of his campaign cash from outside Montana, according to an analysis by MTN News.

Residents of California, New York, Florida, Texas and the Washington, D.C., area are among the biggest out-of-state sources of funds for Montana’s U.S. Senate candidates. 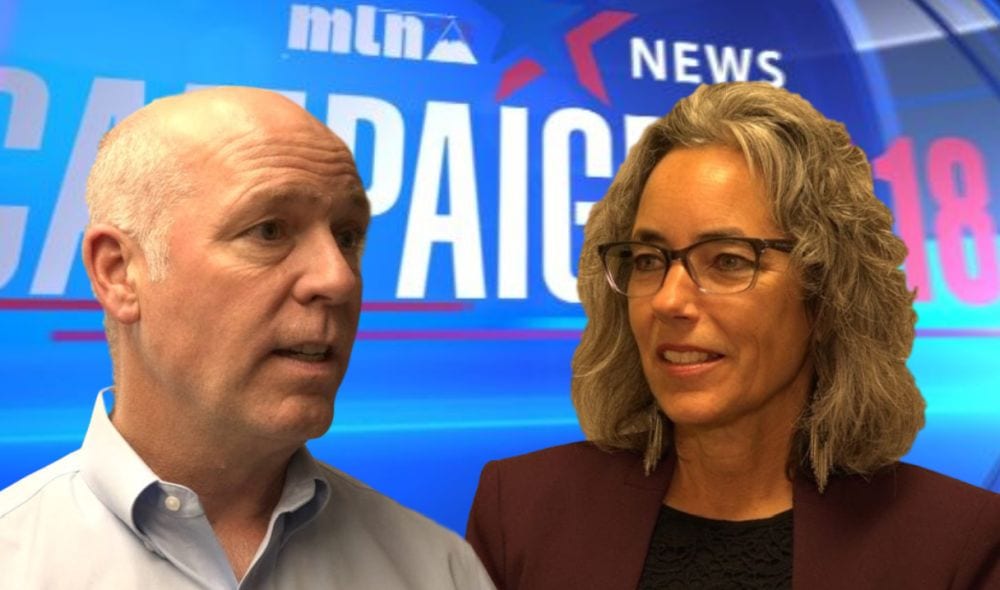 But they’ve been getting a greater percentage of their funds from within the state, than the Senate candidates: About half, or a bit more.

Through Oct. 17, Gianforte had raised nearly $4.5 million, including $1 million of his own money. Williams registered almost $3.3 million by that date, for her campaign.

None of these numbers include spending by outside groups, which have poured at least an additional $30 million into the U.S. Senate race and nearly $400,000 into the U.S. House race.

Here’s a closer look at the details on the money sources for the U.S. Senate candidates’ campaigns:

• Tester has raised almost $16 million from individuals, including at least $3.4 million from Montanans, or 17.5 percent of his total. He’s also raised another $3.35 million from “un-itemized” individuals, who give less than $200 each and whose names and addresses don’t have to be recorded publicly.

If half of this latter group’s money is from Montana, Tester is getting 26 percent of his total money from Montanans – about $5 million.

• Tester has received one-fourth of his money from donors in three states or regions: New York, California and the Washington, D.C., area, which includes Maryland and Virginia. Residents of California are his biggest donor source outside Montana, at $1.9 million, or 10 percent of his total.
• Rosendale has raised $4.2 million from individuals, including at least $945,000 from Montanans, or 20 percent of his total. He’s also raised $607,000 from un-itemized donors. If half of the un-itemized donor money is from Montana, Rosendale is getting 26 percent from Montanans – about $1.25 million.

• Rosendale has received nearly one-fourth of his money from donors in three states: Texas, Florida and California. The largest chunk from an individual state is $448,000 from Texas, or 9 percent of his total.

Here’s a look at the details on money sources for the U.S. House candidates’ campaigns:

While he has donors from many states, no single state dominates the numbers. The most money from donors of any one state is $101,000 from California, or slightly more than 2 percent of his total.

• Gianforte has loaned his campaign $1 million, or 22 percent of his total.

• Williams has raised $3.1 million from individuals, including at least $1.2 million from Montanans, or 37 percent of her total.

Both races also have Libertarian candidates on the ballot — Rick Breckenridge in the U.S. Senate and Elinor Swanson in the U.S. House. Swanson has reported raising nearly $12,800, including a loan from herself of $9,700; Breckenridge has not filed a report. Candidates don’t have to file if they’ve raised less than $5,000.