Slow moving Low pressure system is producing moderate to heavy rain across SW Montana East of I-15 with the heaviest rainfall from Lima to Ennis to Townsend eastward.

The storm should begin to diminish in strength Wednesday afternoon but there is still a good chance for pockets of heavy rainfall to impact SW Montana through this evening.

Lingering moisture and afternoon heating Thursday will come together and produce afternoon thunderstorms and some storms could bring localized heavy rainfall.

There are numerous Flood Warnings and Flood Watches up across SW Montana with the current storm producing wet weather, more rain Thursday and warming temperatures by Saturday will likely push most rivers and streams to their flood stages and flooding is likely.

The above on demand STORMTracker video forecast will give you detailed information on the flooding threat to our region with Chief Meteorologist Mike Heard.

Below are the supporting graphics used in today’s flood briefing. 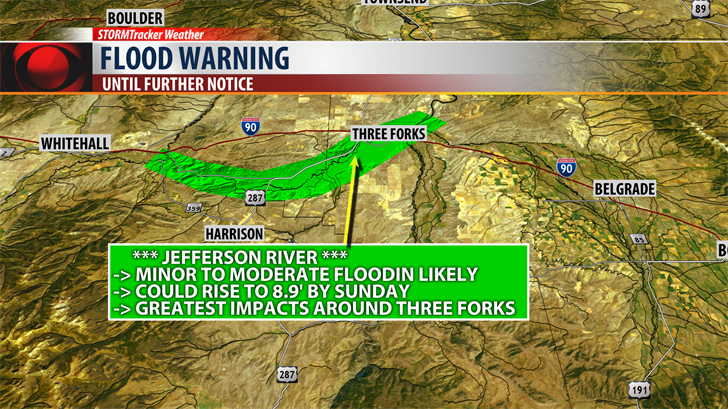 The National Weather Service has issued a FLOOD WARNING for the Jefferson River near Three Forks until Monday morning.

Water level rises will continue through the rest of this week into the weekend.

Moderate flooding is likely by Thursday.

Water levels could rise higher than predicted if significant rainfall occurs along the Jefferson River Basing. For example, the flash flooding that hit Willow Creek from a slow moving thunderstorm producing heavy rainfall washed into the Jefferson River.

If you live along any river system in SW Montana please be prepared to take immediate action over the next 10 days if floodwaters threaten your life, property and/or livestock. 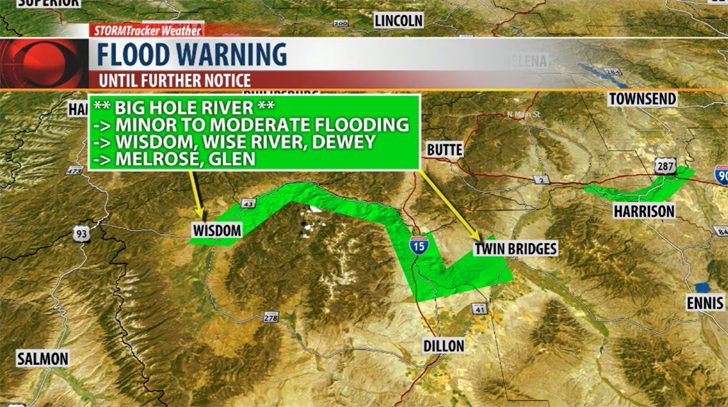 The National Weather Service has issued a FLOOD WARNING for the entire stretch of the Big Hole River through Sunday.

Water levels on the Big Hole River are holding just above minor flood stage for the last couple of days.

Additional river level rises are expected as we continue to see snowmelt along with daily thunderstorms.

The river is predicted to continue to rise to 7.4’ by Sunday.

If you live along the Big Hole River be prepared to take immediate action if floodwaters threaten your life, property and/or livestock. 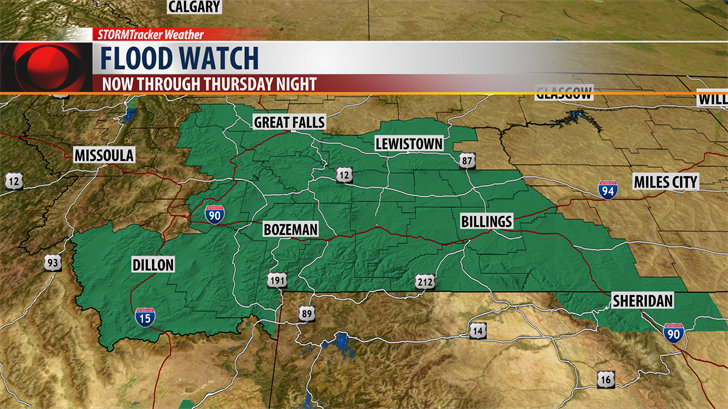 The National Weather Service has issued a FLOOD WATCH for most of Southern Montana east of the divide. Areas of moderate to heavy rain Wednesday will keep higher water levels going through Thursday as the storm comes to an end.

Smaller streams and creeks will likely see minor flooding issues but even most larger river systems are likely to see a significant rise over the next couple of days with possible flooding issue developing in areas highlighted above.

MONITOR THE FORECAST AND CHANGES

Best tools to stay in the weather loop is to download the KBZK STORMTracker Weather Mobile app. You will get on demand STORMTracker video forecast updates on all flooding issues for your area, instant updates on all National Weather Service flood highlights like Advisories, Watches and Warnings and the best reason of all you will have access to the only local team of Meteorologists that live in SW Montana from the KBZK Weather Center in Bozeman. 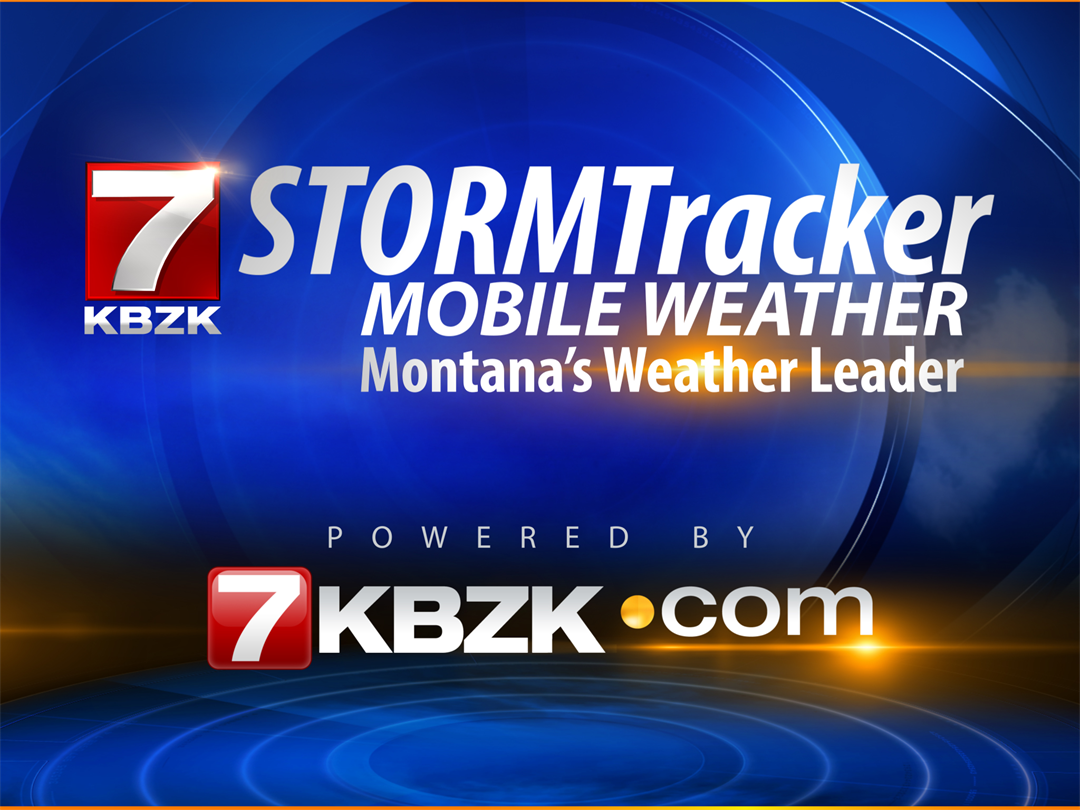