GASTON COUNTY, N.C. — Authorities arrested a man they say intentionally crashed his car into a restaurant in Bessemer City, North Carolina, killing two people, including his daughter, CBS affiliate WBTV reports. Several others were injured in the incident.

Katelyn Tyler Self, 26, was identified as one of the victims killed. Self worked as a deputy at the Gaston County Sheriff for four years. Her father, Roger Self, 62, was confirmed as the driver by Bessemer County Police in a statement which said he carried out the crash intentionally.

Sources told WBTV that he entered the steak and seafood restaurant with his family before leaving and smashing the car into the building where families were eating. It happened around noon Sunday at the Surf and Turf Lodge restaurant. Upon arrival, police identified several customers who were injured. They were rushed to local hospitals.

The Charlotte-Mecklenburg Police Department said the incident was domestic related and said officials were not searching for additional suspects.

Jail records show Roger Self has been charged with two counts of first-degree murder. WBTV writes that he was held without bond and will make his first court appearance Monday.

Roger Self owned Southeastern Loss Management Inc. in Dallas since 1989, according to records reviewed by WBTV.

Local newspaper The Gaston Gazette writes that Amanda Self was the wife of Gaston County Police Officer Josh Self, who was also seriously injured, along with Roger Self’s wife, Diane, and the 13-year-old daughter of Josh and Amanda Self.

Caleb Martin, a 14-year-old employee at the restaurant, witnessed the incident.

"I walked over to my station and I heard a loud boom," he told WSOC-TV. "It went straight through. There’s a doorway. There is a wall and he drove in another room."

He added, "I helped paramedics move tables off this dude and I moved debris out of the way so they could get to him." 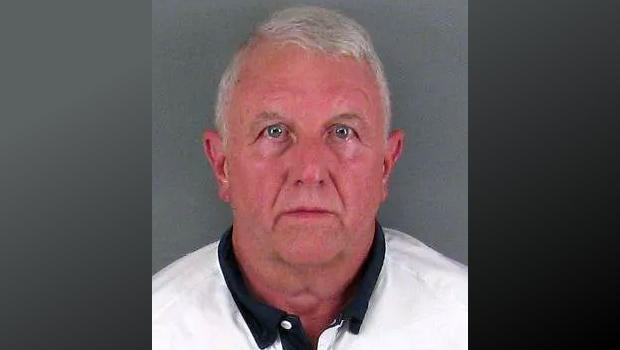