Flooding is likely to impact SW Montana rivers and streams this week into the Memorial Day Weekend.

The National Weather Service has flood highlights up for 2 major river systems in our region as rapid snow melt is keeping most river systems near minor flood stage and the forecast is calling for showers and afternoon thunderstorms everyday this week which will only aggravate the flooding situation.

The above special edition on demand STORMTracker video forecast will go through the flooding concerns with Chief Meteorologist Mike Heard.

The National Weather Service continues a FLOOD WARNING for the Big Hole River until further notice from Wisdom to Twin Bridges.

Forecast river levels are expected to see increasing runoff and the river could reach 7.8′ by Thursday night. This will put the river near MAJOR flood stage.

Temperatures are warming back up into the upper 60s and 70s this week along with increased rainfall and thunderstorms will lead to significant snow melt and minor to moderate flooding is likely.

If you live along or near the Big Hole River you are encouraged to be prepared to take immediate action if floodwaters threaten your life, property and/or livestock.

The National Weather Service has issued a FLOOD WATCH for the Jefferson River from Cardwell to Three Forks until further notice.

There is still some uncertainty on how river level rises could impact flooding along the Jefferson River and this watch could be upgraded at any time.

A flood watch means there is a potential for flooding based on current forecasts. You should be monitoring forecasts and be alert for possible flood warnings to be issued. Those living along the Jefferson River should be prepared to take action should flooding develop. 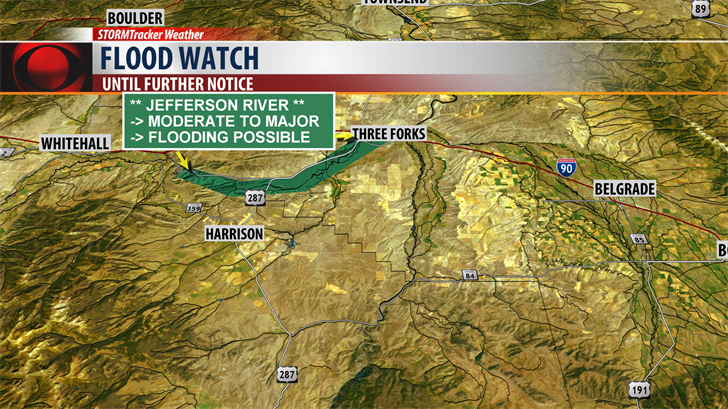 Everyday this week there is a chance for afternoon to early evening thunderstorms.

The greatest concern is slower moving thunderstorms that could produce locally heavy rainfall adding to the flooding concerns.

As temperatures warm up this week and daily storms produce widespread rainfall rapid snow melt will lead to greater water flows on all rivers and streams across SW Montana.

Use extreme caution around all river systems as the fast and cold high water impacts our region. 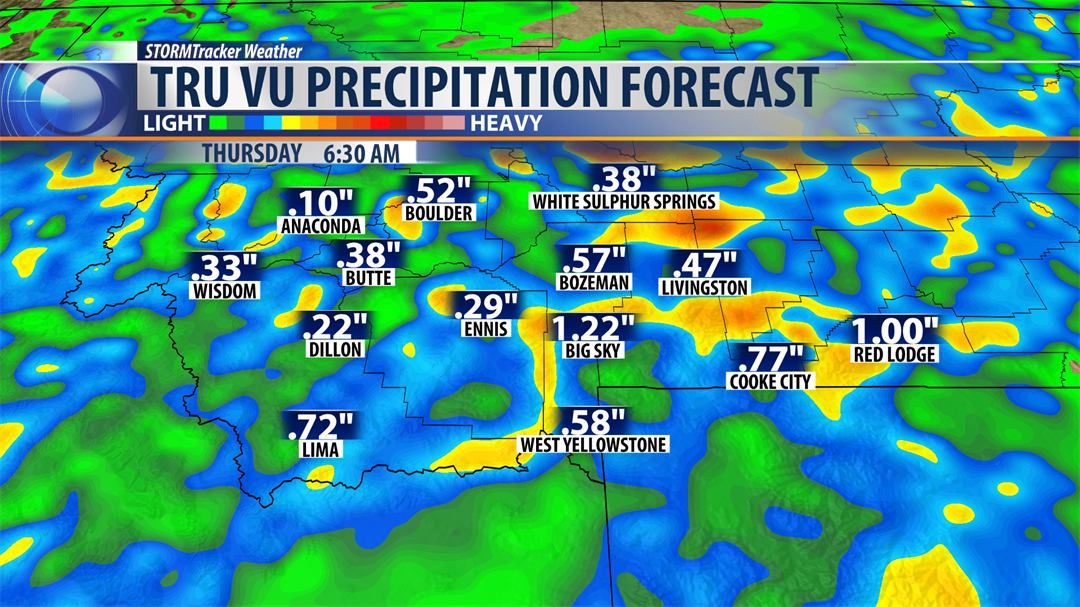