Nearly two in three Americans think the nation’s economy is in good shape, and most of them believe President’s Trump’s policies are at least somewhat responsible for that. More Republicans rate the economy positively than do Democrats.

As Congressional primaries continue and Americans look ahead six months to their midterm votes, President Donald Trump looks like a positive factor among Republicans, seven in 10 of whom say they’d prefer a candidate he backs – but the president’s influence is limited to his own party. More Independents say they’re less likely to support a candidate backed by President Trump. 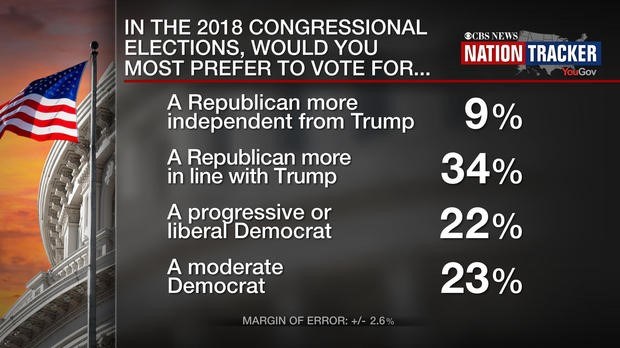 Meanwhile on the Democratic side, Senator Bernie Sanders carries more positive influence with both Democratic voters and independents than does Minority Leader Nancy Pelosi. More than half of Democrats say they’d be more likely to vote for a candidate endorsed by Sanders, while a majority of Democrats say a Pelosi endorsement wouldn’t affect their vote. Nearly half of independents say knowing a candidate was backed by Pelosi would make them less likely to back that candidate themselves. 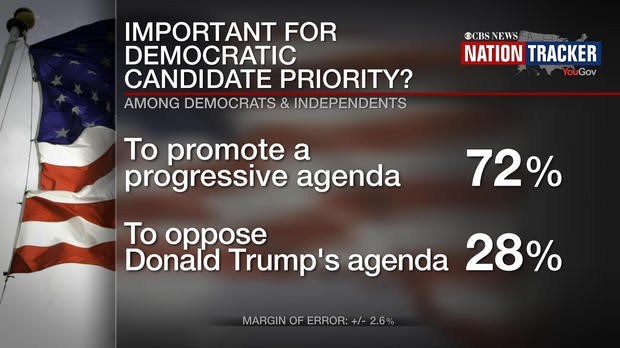 Given a list of many different types of candidates to choose from, Democrats tend to divide between preferring either a moderate or a progressive Democrat. Republicans, meanwhile, strongly prefer a Congressional candidate who would be in line with Mr. Trump (75 percent) to a Republican who would act more independently from Mr. Trump (just 17 percent.)

Women candidates of both parties have been winning primaries of late, but there are partisan differences on what impact women might have. Most Democrats think Congress would work better if there were more women Representatives. Most Republicans and independents say Congress would remain the same.

The economy and the president’s support

This survey has followed the levels of Trump support and opposition over time. Today, buoyed by their feelings that the economy is at least somewhat good, the ranks of Mr. Trump’s strongest backers have risen to 22% from 18% back in January. Many of these backers had previously adopted a wait-and-see approach, labeling themselves as more conditional in their support a few months ago. Supporters overall – both strong and conditional – together remain less than a majority, however, while the ranks of the strongest Trump opponents have remained steady. 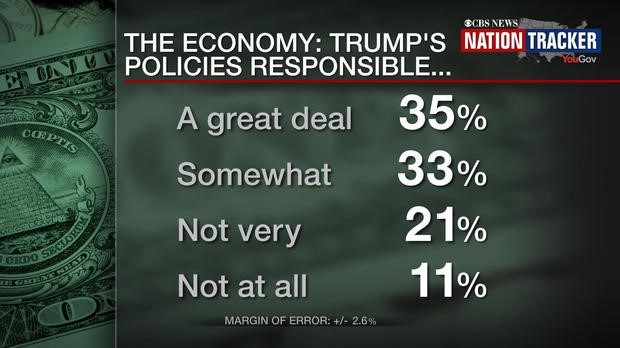 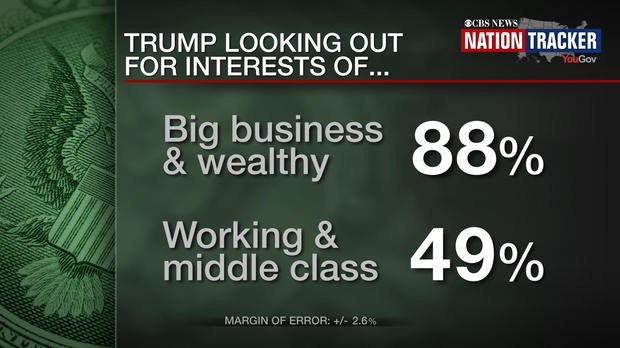 People who are more conditional supporters are slightly more likely to say he’s looking out a lot for business – including his own – more so than people like them. One of the biggest indicators of being a strong trump supporter is that those backers feel he is looking out for people like them above big business, the wealthy, and his own business interests.  And they give him much more credit for the economy than do others, including more conditional backers.

Americans give Mr. Trump mixed marks on his approach to negotiations and deal making so far. More than half have not much or no confidence in his handling of issues with North Korea and Iran.  A slim majority say his approach to China has been about right. 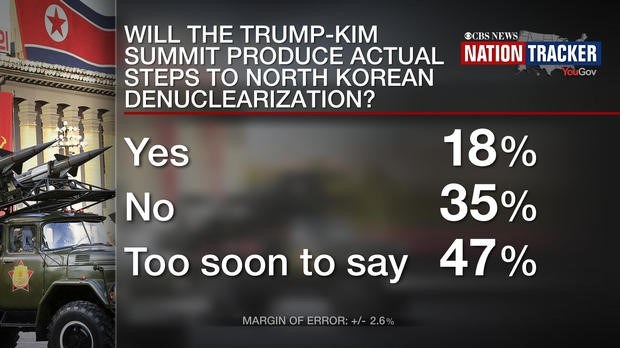