A quiet weather pattern is building over SW Montana through the end of the week. There is a slight chance for a few isolated showers or weak thunderstorms during the afternoon  hours Thursday and Friday.

The big news of the day is a statewide flood emergency was declared by Governor Bullock. CLICK HERE for the full story.

If you live in a flood prone area along any stream or major river you should be preparing now for possible flooding in the next couple of weeks.

The National Weather Service is reporting impressive precipitation for the month of April in SW Montana east of the divide and a few of us set records. See the data in the above on demand STORMTracker video forecast with Chief Meteorologist Mike Heard. 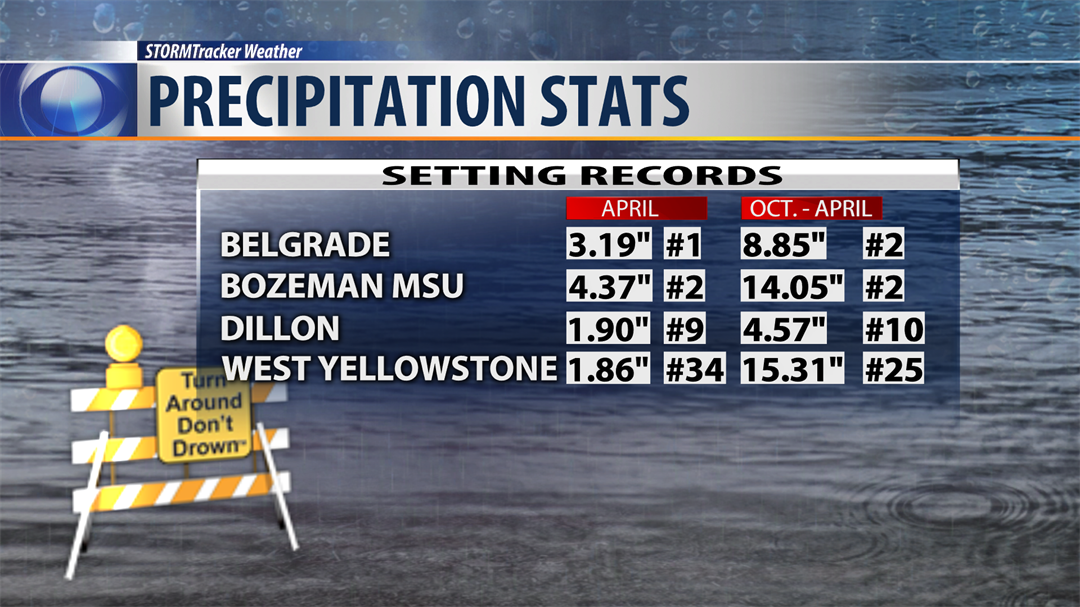 DILLON: LOW: 32°; HIGH WEDNESDAY: 65°. Mostly dry over the next 24 hours, clear and cool tonight and sunny and mild Thursday.

Forecast models continue to point toward a warming trend next week and possibly reaching the upper 70s to lower 80s by the end of next week. That might sound wonderful but it will likely lead to rapid snow melting and increased water flows on streams, creeks and major river systems. Increased flooding is likely through the rest of May and possibly into early June.