Flooding Season Kicks Off This Weekend

Hydrologists with the National Weather Service are warning of possible flooding issues across the state as we head into May.

Across SW Montana there are three rivers and their tributaries that are of concern. Big Hole River, Jefferson River and Upper Clark Fork River (Butte-Missoula).

Temperatures over the next 2 days are expected to jump well above normal with most areas reaching the 70s Friday and Saturday but a few cities could come very close to 80°. Temperatures in the higher elevations will warm up into the 60s and that is warm enough to kick start snow melting and runoff issues could develop late weekend into next week.

The other complication in the short term forecast is the combination of warming temperatures followed by a slow moving upper level Low Sunday through Tuesday producing steady rainfall. Areas along and west of the divide in SW Montana will likely see the heavier rainfall rates and could pick up a half an inch to an inch of rain. West Central, NW and Northern Montana could see 1" – 2" of rainfall Sunday through Tuesday. 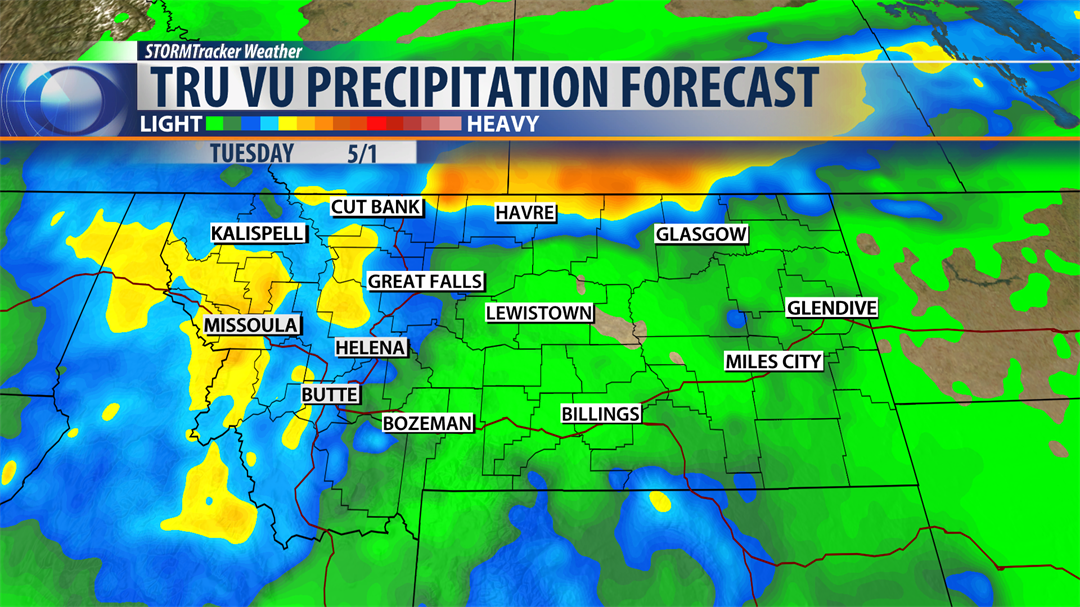 Short term issues are likely but a long duration high water runoff is coming to Montana as we head into May and possibly the first half of June. 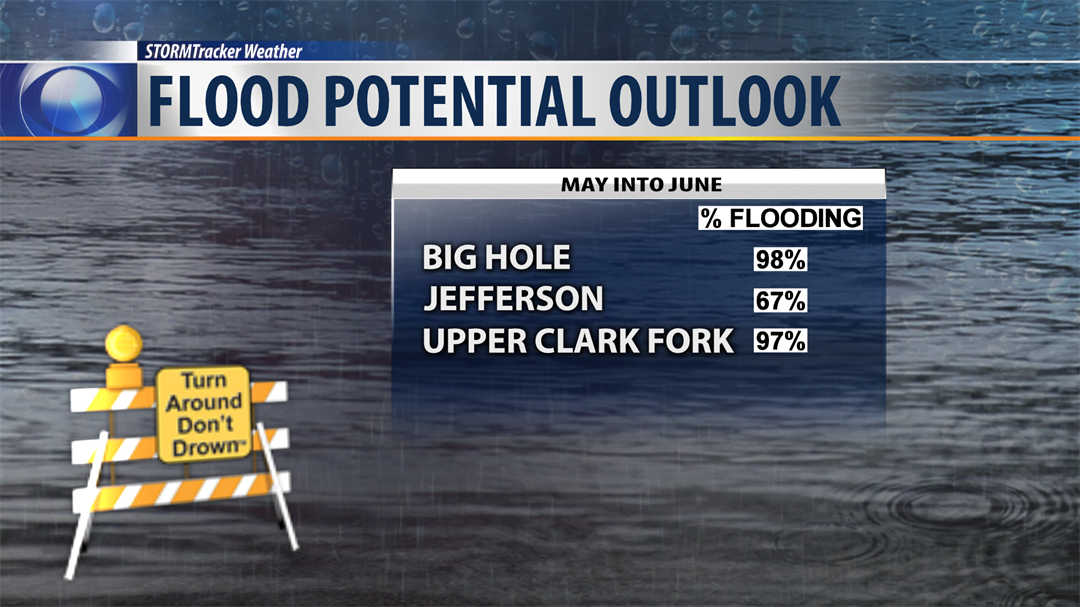