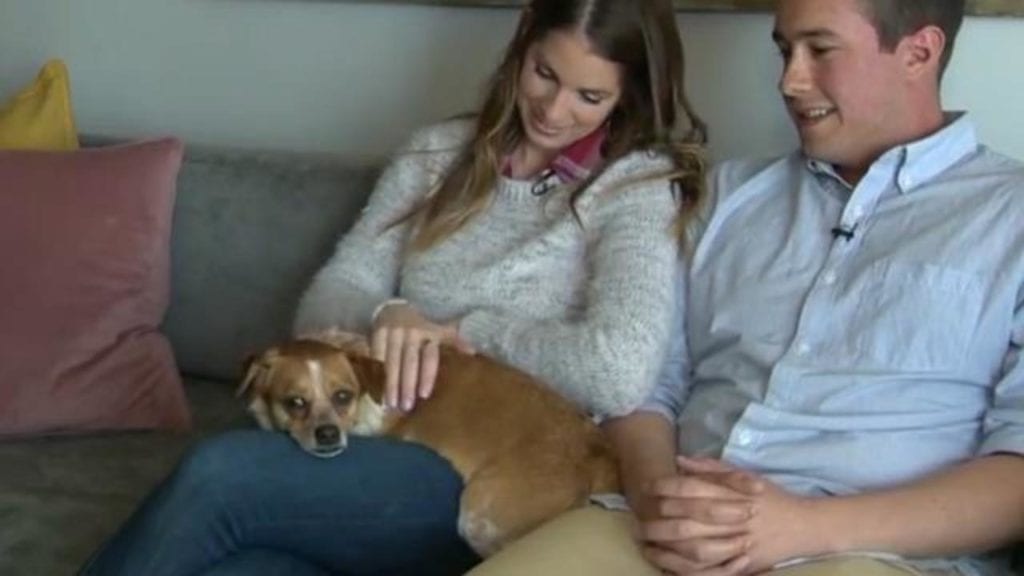 As more states legalize marijuana for medicinal and recreational use, the cannabis industry is booming. Now, some companies are even marketing cannabis products for pets.

Pet owner Kelly Alto said she and her fiancé decided to give one of these products a try to help with their dog Kogi’s severe separation anxiety. The two-and-a-half-year-old pup is very attached to his family and doesn’t like it when they leave him alone.

“It’s worse when we both leave together,” Alto told CBS News.

After researching potential treatment options online, they decided on hemp oil, a cannabis-based supplement for pets. The product does not contain THC, which gives marijuana its psychoactive effects.

Several companies are now making pet products that feature CBD, one of the active ingredients found in hemp and cannabis plants that can affect mood, health, and bodily functions. The health claims include relieving pain and anxiety and reducing seizures in epileptic animals.

CBD products from hemp, not marijuana, are legal in every state and most can be purchased online.

But experts caution the supplements aren’t necessarily a good fit for every animal, and there’s not enough evidence about how well they really work.

“An anecdotal story isn’t enough evidence to give it to a lot of animals,” said Dr. Jonathan Salkind, a holistic veterinarian.

He says pet owners should keep in mind the FDA has not tested or approved these products for animals.

“As there’s more money in cannabis and marijuana I think we’ll get better studies which can really show us what the potential is, because there is potential, but it’s early,” Salkind said.

Alto says she’s been giving Kogi a dose of two to three drops, and believes the effects have been positive so far.