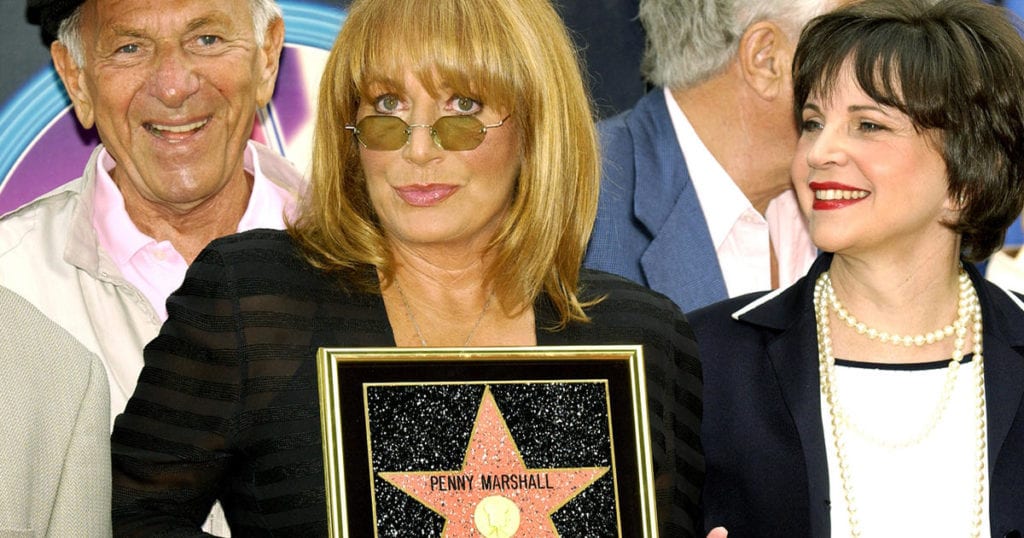 Actress Penny Marshall, best known for playing Laverne DeFazio on “Laverne & Shirley,” has died. Her publicist confirmed that she died at her Hollywood Hills home Monday night from diabetes-related complications. She was 75.

In a statement, her family said, “Our family is heartbroken over the passing of Penny Marshall.” They called her “a tomboy who loved sports, doing puzzles of any kind, drinking milk and Pepsi together and being with her family.”

The Marshall family said, “Penny was a girl from the Bronx, who came out West, put a cursive ‘L’ on her sweater and transformed herself into a Hollywood success story. We hope her life continues to inspire others to spend time with family, work hard and make all of their dreams come true.”

Marshall became a star with the hit series “Laverne & Shirley,” which ran from 1976 to 1983. The screwball comedy series, created by her late brother, Garry Marshall, followed the antics of two blue-collar women who worked as bottle cappers at a factory in Milwaukee. It was a spin-off show from “Happy Days.”

She was married to acclaimed director and actor Rob Reiner from 1971 to 1981.

In 2012, Marshall published a memoir called “My Mother Was Nuts” about her unlikely rise to fame. She was a divorced single mom in the 1960s before she made her way to Hollywood.

Marshall is survived by her older sister Ronny, daughter Tracy Reiner, who acted in “A League of Her Own,” and three grandchildren Spencer, Bella and Viva.