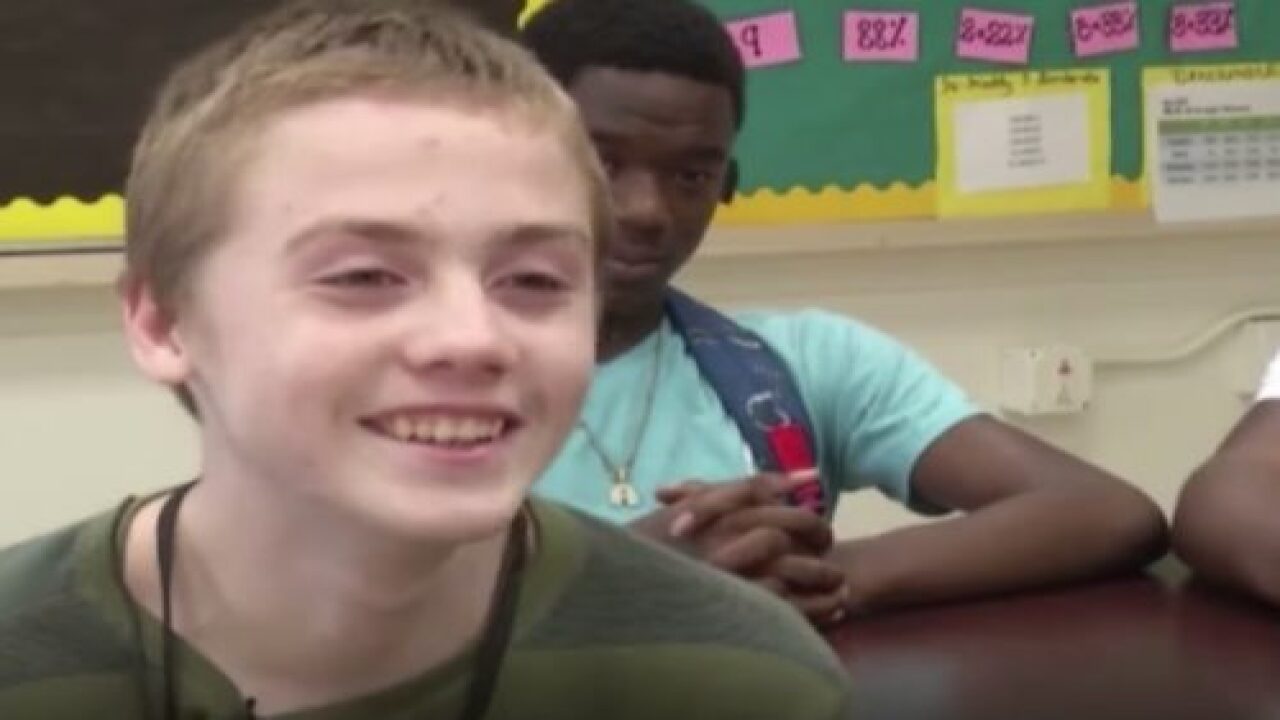 Trying to fit in as a freshman in high school is never an easy task. Even under the best of circumstances, finding the right clothes or look can be the difference between having a good or bad day.

Michael Todd, a freshman at Memphis’ Martin Luther King Jr. College Prep High School, had an especially rough start to his school year. But, sadly, this was nothing new for the young man. “I’ve been bullied my entire life,” he told Fox13 in Memphis.

For three straight weeks, Todd wore the same clothes to school every day, and his classmates teased him and laughed at him because of it. While the bullying bothered him, there was a reason for his repeat wardrobe. “I really don’t have clothes at home,” he told Fox13. “My mom can’t buy clothes for me because I’m growing too fast.”

Meanwhile, another student who was in one of Todd’s classes decided the bullying and laughter had to stop.

“When I saw people laugh at him and bully him, I felt like I needed to do something,” said classmate Kristopher Graham.

Later that day, Graham got home and went through his closet to find clothes to give to his classmate. He also texted his friend and fellow football player Antwan Garrett to see how he could lend a hand. Garrett stepped up in a big way.

At school the next day, the two friends pulled their classmate into the hallway. Graham noticed Todd didn’t look very happy and probably wondered what the pair were about to do to him. A fellow classmate took this video during the surprise:

To Todd, their actions mean everything. “You guys are the best guys out of my entire life!” he told his classmates during the interview with Fox13.

It was moving for the two boys who gave, too. “And then I was going to cry when he told me, he was like, ‘You two are the only two to actually give me a gift,'” Graham said.

CBS News shared some of the interview with all three high schoolers:

The boys’ high school and Fox13 have also organized a clothing and money donation drive for Michael Todd and other students in need.

This story originally appeared on Simplemost. Checkout Simplemost for other great tips and ideas to make the most out of life.