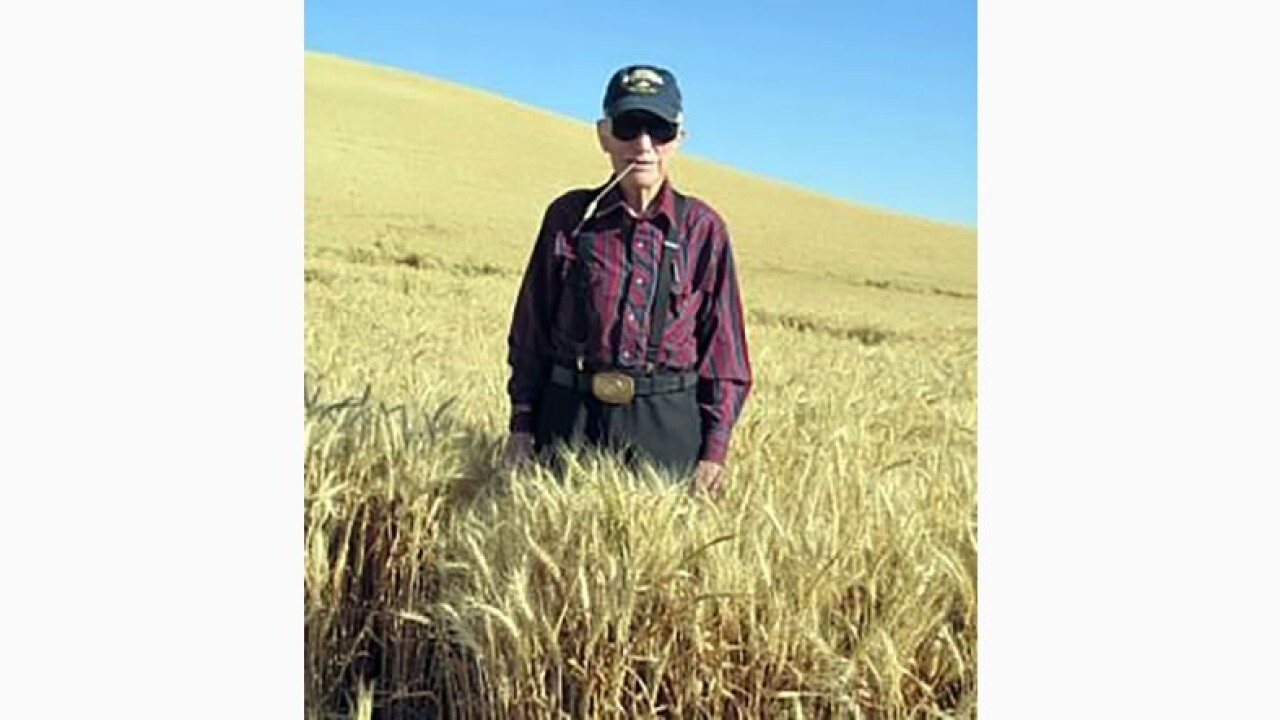 Don grew up on a farm in the Moccasin, Montana area, attending grade school and high school there. He graduated in June 1946, then attended Montana State University, received a BS degree in 1950 and a MS degree in 1959, both in Agronomy. Don was a Professor Emeritus of Plant & Soil Sciences, “Outstanding in his field.”

He served in the U.S. Army in the Korean War, from 1951 to 1953, in the 7th Division, attaining the rank of Sergeant. Don was awarded the Purple Heart and Bronze Star for Valor.

On December 19, 1954, he married Eva Louise Iverson in Roundup, Montana. They have three daughters and one son, Nadeen, Ruth, Evelyn, and Timothy.

He was employed by Montana Agricultural Experiment Station at Moccasin from 1946 to 1955, and at Huntley from 1955 to 1980, holding agronomist and superintendent positions there. Don moved to Bozeman in 1981 as Agronomist for Montana State University’s Extension Service, working until his retirement on March 1, 1992. Don’s life epitomized the love of the outdoors and going on adventures. Since 1954, Don and Louise have traveled to 48 states. They spent many hours on the road exploring National Parks, historical sites, and everything in between. Educating farmers, fishing, and celebrating holidays and special occasions with their family, including kids, grandchildren, great-grandchildren, brothers, and sisters, visiting relatives, camping, and hunting occupied their 65 years of marriage. Don also loved to tell stories.

Don was preceded in death by his parents; brother, Richard Baldridge; and one grandson, Tyrel Baldridge.

A Memorial Service will be held at 1:00 P.M. on Tuesday, December 3 at Grace Bible Church in Bozeman.

In lieu of flowers, memorial donations may be made to Clydehurst Christian Ranch, 328 S. Shiloh Rd, Ste 1, Billings, MT 59106 and online at Clydehurst.com/donate-1.